Title: The Future of Airports and Air-Travel

In this keynote, I will discuss important trends in the aviation and airport industry. Notably, the industry aims to transform the travel experience which includes important changes in the airport digital connectivity infrastructure. I will highlight some initiatives of Heathrow, one of the world's busiest airport. And I will outline important challenges which I hope will be addressed over the coming years. 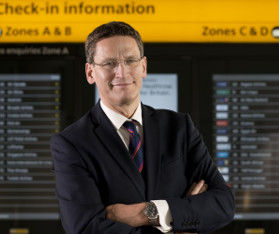 Stuart Birrell joined the Company as Chief Information Officer (CIO) in June 2015. He previously held this role at Formula 1’s McLaren Group where he built an integrated IT team of in-house experts and specialist suppliers to support the rapid growth of the business including new revenue streams.

Stuart knows the airport industry well, having spent three successful years as CIO at Gatwick in the run up to, and after, the sale of the airport by Heathrow in 2009. At McLaren Group, he has experience of working in a high performance environment, where you need extremely high levels of reliability and resilience. Stuart also brings expertise in the use of big data sets, cloud based solutions and IT security in support of business growth and increased productivity.

Title: Fog: What, Why and How

Fog computing and fog networking are emerging, as they distribute the functions of communication, computation, control and storage closer to the end users along the cloud-to-things continuum. Research challenges in fog are plenty, while industry momentum has started to gather (e.g., the recently launched global Open Fog Consortium). This overview talk surveys the “what,” “why,” and “how” of fog. 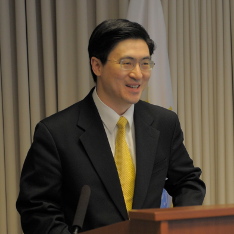 Dr. Mung Chiang is the Arthur LeGrand Doty Professor of Electrical Engineering at Princeton University. The recipient of the 2013 Alan T. Waterman Award, the highest honor to young scientists in U.S., and the 2012 IEEE Kiyo Tomiyasu Award, he has worked on the analysis, design and optimization of networks in areas such as NUM, SDP and Fog. He created the Princeton EDGE Lab in 2009 to bridge the theory-practice divide in networking, especially edge networking, resulting in technology transfers to industry and a few startup companies. He is also the academia cofounder of the global nonprofit Open Fog Consortium. He serves as the inaugural Chairman of Princeton Entrepreneurship Council and Director of Keller Center for Innovation in Engineering Education at Princeton. His Massive Open Online Courses on Networked Life reached over 250,000 students and the textbook received the 2013 Terman Award from American Society of Engineering Education. He was named a Guggenheim Fellow in 2014.